We are safely home tonight. Samuel had a rough first night at the hotel, but he is better now. We learned the hard way that tiny meals are all he can really handle right now. Kim was quite the trooper and I am so thankful for a friend like her. Having her travel home with us was very helpful and we enjoyed visiting. When we got to the house, we were immediately greeted with lots of beautiful smiles and hugs from the kids. Samuel and I spent the evening walking around with the kids seeing all the animals and feeding the catfish in the pond. Samuel put on a pair of jeans on for the first time in over a year. The positioning of the tubes is much better than before. As nice as it is to wear pajamas, I'm pretty sure he's sick of them by now!  Talking with Kim today, gave me such a reminder of what all God has brought us through as a family and how often times situations in our lives have seemed impossible, but God provides a way. Sometimes the outcome isn't always what we had hoped for, but somehow He gives us the strength to persevere.
Posted by Rachel Faske at 8:44 PM No comments:

Samuel is doing well.  They are planning to remove one of the JP drains and take out every other staple today. They are also going to take him off the TPN's, pull the central line and let us go stay in a hotel tonight. Kim is on her way to the hospital. She will stay with us and we will fly home on Tuesday. I cannot wait!!!  I miss my family so such. Thanks for all the prayers.  Please continue to pray that Samuel heals well and that he eats so he will gain weight before his next surgery in a couple of months.  Blessings! 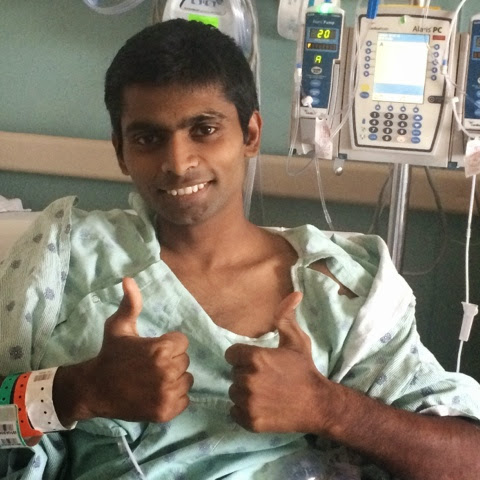 Posted by Rachel Faske at 4:19 PM No comments:

I have some time sitting here in the hospital, so I decided to write about something neat that happened at home.  A few years ago, while visiting the YO Ranch, we fell in love with a Sulcata Tortoise.  Last summer, while we were there we got to visit him again and Gabriella, Sophia and Caleb loved him.   He would eat vegetables from their hands and enjoyed the attention.  I’ve always loved tortoises….not turtles, but tortoises.  For Christmas, I got a large Sulcata Tortoise that someone could no longer have because of his size.  Gabriella also got a little one who lives in her room.  Hers in named Franklin and mine is named Theodore (Theo).   Mine is really large and lives outside in our barnyard until we can finish his special enclosure.  Sulcatas cannot handle cold weather, so we give him a heat lamp on cold nights.

One day in late March, Theo was missing from the barnyard.  We could not imagine how he escaped, but he did.  We walked every day for hours for the first week he was missing, but we could not find him anywhere.  Every once in a while we would find a trail where he had flattened the grass, but it always disappeared.  You are probably thinking, “How can someone lose a 60 pound tortoise and not be able to find it?”  Well, tortoises are actually faster than I ever thought they were and they hide quite well.  Searching for him was like looking for a giant camouflage Easter egg that has legs and can move.  Even with more than a dozen of us searching for him, we could not find Theo anywhere.  We knew he had left our property and was on the land that surrounds the lake, but he was no where to be found.  After a few weeks of looking for Theo, we finally gave up and assumed he was much further from home than we even realized he could go.

Then on Mother’s Day, while we were here in Baltimore, Miriam Grace sent me a picture of Theo!  Lydia was riding horses in the back and there he was grazing in the middle of the path.   She went back to the house to get some help to bring him home.  The kids took a wheel barrow and brought him back to the house.  I’m not so sure he is really happy about being home.  I’m sure he enjoyed tortoise paradise and all the weeds and grass he can eat!!  We know he couldn’t survive out there during the winter when temperatures get really cold, so it is best that he is home where we can keep him safe.  It was an awesome Mother’s Day gift too!!!

Posted by Rachel Faske at 3:43 PM No comments:

Samuel had a good day yesterday. He is really happy to be able to have clear liquids. They removed his nephrostomies yesterday. It is the first time he's been without those two tubes in a year!   Yesterday, they removed four of the five tubes we were hoping for.  Samuel looks like he feels so much better than he did just a few days ago.  The TPN's seem to make a huge difference for him.
Yesterday we had a dear friend who we met here in Baltimore 16 years ago come and visit us. It was really good to get to visit with Paige.  We had a good time catching up on what all has happened in the last sixteen years.  It was a reminder to me of how God has worked in our lives over the years. I can't say it has been pain free, but I know He has a plan and a purpose in everything.
We are starting to work on a plan to leave the hospital and go home. My friend, Kim, is in DC and will be flying home on Tuesday morning.  Her flight to west Texas has a layover in Houston. If everything goes as planned, the doctors are talking about releasing Samuel by Monday so that I will have help getting him home and maneuvering the airport. Getting in and out of the seats on the plane without using his tummy muscles will be a big challenge.  Having Kim there would be very helpful. Samuel is making good progress, but he has a few more milestones to meet before they will release him from the hospital.  He will have to return for another surgery, very minor compared to this 18 hour one, in about six weeks or so. Until then he will be treated by a doctor in Houston. It is really exciting to be reaching this point!  I know he is a long way from being his old self again, but I feel like we are well on the road to complete healing.  Praising the Lord for bringing Samuel this far!!!
Posted by Rachel Faske at 7:26 AM No comments:

Samuel did well yesterday and even got to take a ten minute walk outside with a nurse with us. It was really good for him, but even the short walk made him very tired.  We are hoping to try it again today, but it is raining.  The tests went well and Samuel has already had a good start to the day.  At 5:45 this morning, the plastics team came in and removed one of the JP drains from his abdomen.  At about 6:30, they removed his NG tube. They will be starting him on clear liquids today. He can't wait!  They will be taking it very slow because we don't want him to end up sick again.  He doesn't have a fever.  If things go well, he will be heading downstairs to IR at some point today to get three more tubes removed. Praising Him for progress made and praying for complete healing.
Posted by Rachel Faske at 6:06 AM No comments:

The morning has started out with giving us great hope of a day of progress.  The doctors capped the nephrostomy tubes this morning to see if Samuel's body can handle working properly on its own. His liver levels have come down closer to normal.  They also capped his NG tube to see if his tummy is awake enough. If he becomes nauseous, they will have to uncap it. We are praying that everything works well today.  If it does, then tomorrow they will take him downstairs for interventional radiologists to start removing the tubes. They would be removing the two nephrostomy tubes, two JP drain tubes, and the NG tube. That is five tubes that could be gone in one day!  He would still have three other tubes, but he will go home with those.
We also received a box of delicious goodies from John Marshall and his daughter, Jennifer, today. The box was filled with all kinds of great things, but Samuel has his eye on the homemade oatmeal raisin cookies. As soon as he saw them, he perked up and said he really wished he could eat.  If they are able to pull the NG tube without him getting sick, he may be able to try a couple of cookies tomorrow!  Please pray that all goes well and that today Samuel will leap forward on the road to recovery. Praising Him for progress!!  Blessings!
Posted by Rachel Faske at 8:18 AM No comments:

I haven’t posted an update because Samuel really hasn’t had any changes.  He seems to be in kind of a “hold steady” pattern.   He is not any worse, and he isn’t any better.  He still has the NG tube because 13 days after surgery his tummy still has not woke up yet.  He is on TPN lipids for nutrition.  He still has all his drains and tubes, nothing has been pulled yet.  They did a nephrostogram test today to see if they will be able to pull the nephrostomy tubes, but we have not gotten the results yet.  His kidney levels are coming down closer to normal, so that is good news.  He is still on IV antibiotics for pneumonia.  Today he is reading a book by one of his favorite authors, Nick Vujicic.  We are thankful for no setbacks in the last two days.  Continued prayers appreciated.   Blessings!
Posted by Rachel Faske at 1:31 PM No comments: 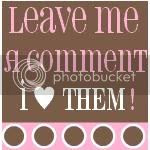